The M1911: The 100-Year-Old Semiautomatic Pistol That Won't Go Away 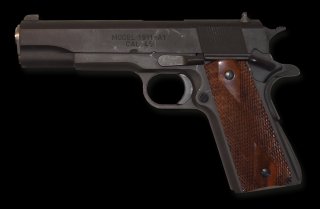 This article originally appeared on January 28, 2017 and is being republished due to reader interest.