Meet the B-58: A Cold War Mach-2 Nuclear Bomber (That Failed) 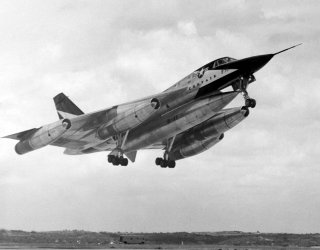 Key Point: If the Cold War had gone hot, these bombers woudl have flew towards their targets in the Soviet Union. Here's why they remain legendary today.