Meet the Beluga: Airbus's Flying Whale of a Cargo Plane 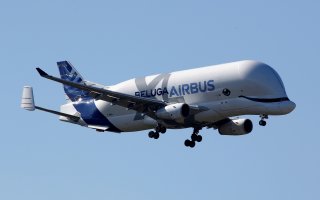 Here's What You Need to Know: The Beluga has transported components for the International Space Station, large pieces of industrial machinery, and even other planes and helicopters.