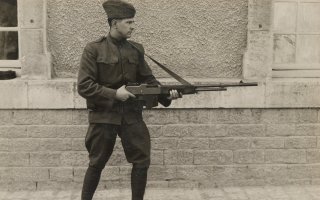 Here's What You Need to Know: These are the kinds of weapons the modern, mass armies of the Axis and Allies needed.

During World War II that concept evolved and led to the development of squad automatic weapons, and even to the modern assault rifle.