Meet the Submarines That Make Iran's Navy a Serious Threat 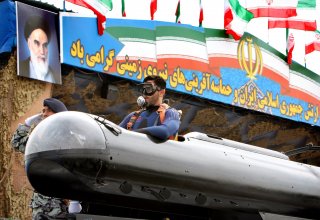 Key Point: Iran might not be able to strike far from its shores, but it can certainly defend itself. It could also cause more regional issues with its submarines if it wanted.

Back in 2019, Revolutionary Guards commander Maj. Gen. Hossein Salami gave a blistering speech in which he assured the Iranian parliament that the “vulnerability” of American aircraft carriers will prevent the U.S. military from challenging Iranian power in the Persian Gulf. Such rhetoric is par for the course for Iranian officials and state media, who project unwavering confidence in Iranian military capabilities.