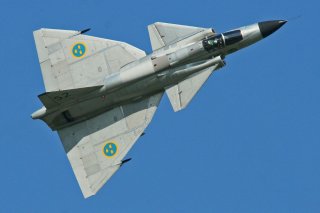 Key point: Sweden values its security and will do what is necessary to do that. The JS 37 Viggen is not a stealthy plane, but it did not need to be to an effective killer.