Modern Stealth Fighters Were Invented At (Where Else?) Area 51 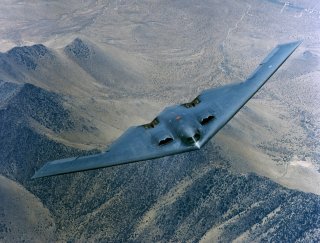 Here's What You Need To Remember: Area 51's location - Groom Lake - was perfect as an experimental aircraft testing site: it was far from prying eyes and "smooth as a billiard table."