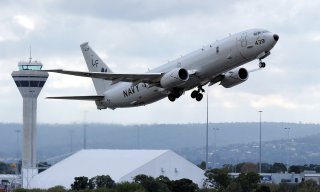 Here’s What You Need to Remember: The Poseidon can operate on ten-hour missions at ranges out to 1,200 nautical miles. More dwell time capacity, fortified by high-speeds, better enables the Poseidon to cover wide areas in search of hidden Chinese nuclear missile submarines.