A New Round of Stimulus Payments? Here Is What Joe Biden Could Do. 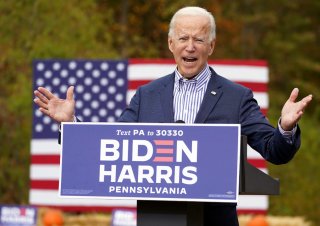 Know this: There’s already much media speculation about whether a fourth package will be distributed at some point this year. But could it actually happen or is the economy growing fast enough that the money is not needed?

There are many arguments for an additional stimulus payment. The pandemic, despite vaccine program, is not over yet. The payments have been very popular, among a wide cross-section of the population, and there are signs that the direct payments have succeeded in stimulating the economy, as retail sales surged in the month of March. A large group of Democratic senators made those claims, and many more, in a letter to President Biden earlier this spring.

However, there are reasons to think the fourth check is less likely to arrive. For one thing, President Biden doesn’t seem to be prioritizing it. While the Senators asked the president to include direct checks in the “Build Back Better” infrastructure plan, which is the president’s next big legislative priority, Biden did not include a proposal for such payments in his initial presentation of the plan earlier this month.

The American Rescue Plan had a price tag of $1.9 trillion, which included the stimulus checks and a lot more. Another stimulus plan would likely be very expensive as well, and while the Biden Administration has been less vocally concerned about rising deficits and inflation fears than many administrations of the past, that’s a lot of money to spend in one year.

There’s also the issue of political will. The Democrats have very narrow majorities in both houses of Congress, giving the president very little wiggle room for passing major legislation. There’s also virtually no chance of any changes to Senate filibuster rules, which would have made it easier for the Democrats to pass legislation, now that moderate Democratic Senator Joe Manchin of West Virginia has come out against them.

The Trump-era CARES Act passed in late March of 2020 and it looks about nine months to pass another round of stimulus checks. This happened in December through the Consolidated Appropriations Act, which passed in the waning days of the Trump Administration.

“Whether or not a fourth stimulus check, or recurring checks, will actually happen remains to be seen,” an analysis article in the Motley Fool said. “The reality is that while there is a lot of Democratic support behind this push for recurring checks, there are going to be pretty significant hurdles that any bill including recurring checks would need to clear, including bipartisan support—which was already difficult to garner with the third stimulus bill.