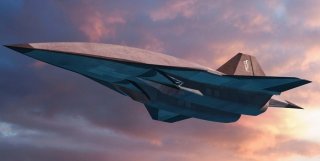 Here's What You Need To Know: The plane will be a drone and will also be able to launch attacks in addition to spying.