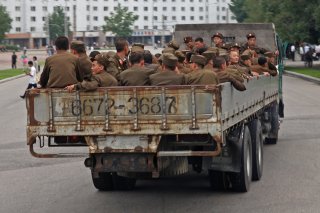 Here’s What You Need to Remember: It is difficult to ascertain the full scale of North Korea’s 1990’s export activities, but defectors and declassified intelligence reports name Iraq, Yemen, Pakistan, Syria, and Vietnam as among the dozens of prospective clients expressing interest in North Korean missiles or missile technology well into the early 2000’s.