Old, But Dangerous: These Russian Bombers Are Here to Stay 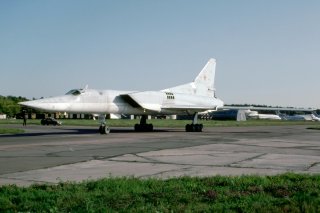 Here's What You Need to Remember: The introduction of the Tu-22M in the early 1970s was an odd time for supersonic bombers, as the superiority of ICBMs was widely recognized. Despite the Tu-22M’s technical obsolescence, continuous upgrades to radar and electronics, combined with improved air-to-surface missiles have kept the Tu-22M platform relevant.