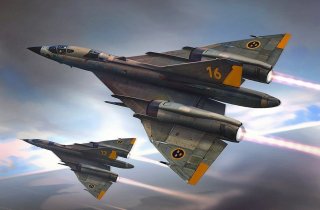 Here's What You Need to Remember: After World War II, the Soviet specter lay heavily across Europe. Like other post-war countries, Sweden wanted to protect itself from a Soviet invasion — and decided to manufacture nuclear weapons to ensure its security.

In the early days of the Cold War, the United States pursued a strategy of promoting nuclear power for energy production — President Eisenhower’s “Atoms for Peace” concept. Nuclear material and nuclear know-how would only be transferred to foreign governments on the condition that the nuclear research and development would only be for peaceful purposes, precluding weapon research. Sweden declined.