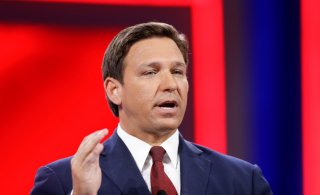 Here's What You Need to Remember: The governor had first called for such bonuses back in March. In order to pay for the program, $208 million has been allocated from the Florida Department of Economic Opportunity.

Stimulus checks, since they began rolling out at the start of the pandemic last year, have mostly been distributed at the federal level. There are a few exceptions, such as California’s Golden State Stimulus, which has gone out mostly to low-income Californians.

Florida Gov. Ron DeSantis announced this week that Florida will have a stimulus round of its own, but that it will be for first responders specifically.

“Supporting our law enforcement and first responders has been a top priority for my administration, and it has never been more important than over the last year. As a state, we are grateful for their continued service to our communities,” Gov. DeSantis said in a statement. “This one-time bonus is a small token of appreciation, but we can never go far enough to express our gratitude for their selflessness.”

The governor had first called for such bonuses back in March. In order to pay for the program, $208 million has been allocated from the Florida Department of Economic Opportunity. The checks are expected to roll out throughout the summer.

DeSantis came in first in that poll with 17 percent, while former Vice President Mike Pence placed second with 16 percent. No other candidate got double digits, with Ted Cruz, Nikki Haley, Tucker Carlson, Mike Pompeo, Donald Trump Jr, and Mitt Romney also among those listed. But more than a third of those surveyed, 35 percent, answered “unsure.”

Florida, after Barack Obama won it in both of his runs for president, has been trending red lately, with Trump winning the state in both 2016 and 2020, and the state government remaining under solid Republican control for most of the last twenty years.

“It looks like Biden still carried Miami-Dade County, but by less than the campaign had expected, so people are pointing to a shift away from the Democrats, or perhaps a higher turnout among Republicans is probably a better way to put it . . . particularly among some Latino voters, including Cuban-Americans and some of the newer immigrant groups including Venezuelan, Colombian, Nicaraguan immigrant voters in Miami-Dade. The question then is why, why did this happen,” Michael Jones-Correa, professor of political science and director of the Center for the Study of Ethnicity, Race and Immigration at the University of Pennsylvania, said after the election in November.