This Is One Truly Stealth Submarine (Bad News: The U.S. Navy Doesn't Have One) 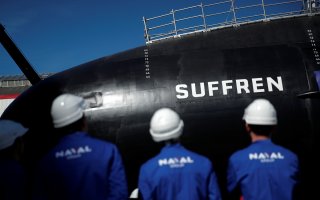 Here's What You Need to Know: France's navy is getting an upgrade.

The French Navy reached an important milestone in its Barracuda program, as it took delivery of the first of six Suffren-class nuclear attack submarines (SSN). The 99-meter long submarine was delivered from the French-based shipbuilder Naval Group to the French Armament Procurement Agency (Direction Générale de l’Armement, DGA) in November 2020 after the completion of a series of sea trials.