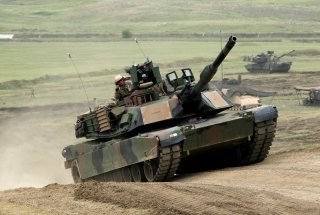 Here's What You Need to Remember: Though it is difficult to see exactly how these tanks could have altered the outcome of the wargame, there is little question that their acquisition will substantially enhance the capabilities of Poland’s ground forces in a pitched conflict with Russia.

Earlier this year, the Polish military conducted a massive wargame against the Western Military District—arguably the most capable and best-equipped of Russia’s five military districts. Dubbed “Winter-20,” the wargame involved Patriot missile systems, M142 HIMARS rocket launcher systems, and other examples of Poland’s latest military hardware. The outcome was nothing short of a crushing defeat. Poland’s Air Force and Navy were rapidly degraded and destroyed, while the country’s front-line battalions suffered a staggering loss rate of sixty to eighty percent. The original plan envisioned a twenty-two-day timeframe for repelling the Russian assault but, by the fifth day, Russian troops were already fighting for control of Warsaw on the Vistula River.

The specifics of the wargame remain unknown, with the Polish government telling reporters that “the winter exercise, its course and conclusions are classified information.” It is unclear whether or not T-14 Armata tanks, which are currently too few in number to make a meaningful battlefield impact, took part in the Winter-20 simulation. Given the confidentiality of the exercise, it is likewise impossible to assess the impact that 250 M1A2 SEPv3 tanks could have had on the course of the wargame. Though it is difficult to see exactly how these tanks could have altered the outcome of the wargame, there is little question that their acquisition will substantially enhance the capabilities of Poland’s ground forces in a pitched conflict with Russia. There may also be potential political benefits, with experts arguing that the purchase sends a clear message to Moscow about Washington’s commitment to NATO’s deterrence mission.