Poland Is Sending a Message to Russia: Don't Mess With Us and Our M1 Abrams 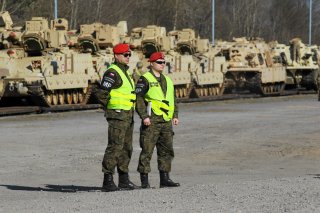 Here's What You Need to Remember: There is little question that their acquisition will substantially enhance the capabilities of Poland’s ground forces in a pitched conflict with Russia.