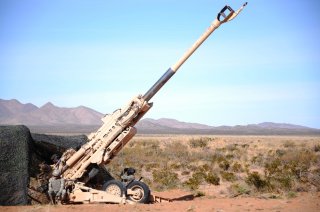 Here's What You Need to Remember: The U.S. Army and Raytheon are working on a newly configured tank-killing “Shaped Charge” 155m precision-guided artillery round as part of a large-scale strategic attempt to outrange enemies and destroy approaching enemy armored columns at safer standoff ranges.

This article was first published in early 2020 and is being reprinted for reader interest.