Is Racism and Bigotry in Our DNA? 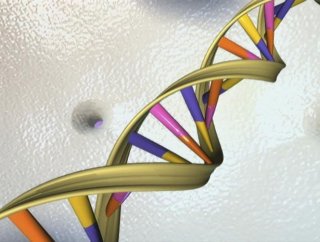 Is bigotry in our DNA, a remnant of our fear of “the other” way back when that was necessary? If so, why do some battle with their instincts while others embrace them? Peter, 71, Darlington

I, Pencil, simple though I appear to be, merit your wonder and awe … if you can become aware of the miraculousness which I symbolise, you can help save the freedom mankind is so unhappily losing. I have a profound lesson to teach. And I can teach this lesson better than can an automobile or an airplane or a mechanical dishwasher because — well, because I am seemingly so simple.

Simple? Yet, not a single person on the face of this Earth knows how to make me.

Humans are the most cooperative species on the planet – all part of a huge interconnected ecosystem. We have built vast cities, connected by a global nervous system of roads, shipping lanes and optical fibres. We have sent thousands of satellites spinning around the planet. Even seemingly simple objects like a graphite pencil are the work of thousands of hands from around the world, as the wonderful essay I-Pencil, quoted above, by Leonard Read describes.

Yet we can also be surprisingly intolerant of each other. If we are completely honest, there is perhaps a little bit of xenophobia, racism, sexism and bigotry deep within all of us, if we would only allow it. Luckily, we can choose to control and suppress such tendencies for our own wellbeing and the good of society.

This article is part of Life’s Big Questions
The Conversation’s new series, co-published with BBC Future, seeks to answer our readers’ nagging questions about life, love, death and the universe. We work with professional researchers who have dedicated their lives to uncovering new perspectives on the questions that shape our lives.

Most human attitudes and behaviour have both a genetic and an environmental component. This is also true for our fear of others who are different to us — xenophobia — and intolerance of their viewpoints — bigotry. Hardwired into the brain’s amygdala region is a fear reflex that is primed by encounters with the unfamiliar.

In premodern times, it made sense to be fearful of other groups. They might be violent, steal our resources, or introduce new diseases we are not adapted to. Conversely, it was beneficial to trust those who look similar to us — they are more likely to be related. And when we help these kin, our own genes are more likely to be passed to future generations. What’s more, if the other person reciprocates the good deed, we benefit even more.

Beyond such genetic influences, our human culture strongly influences our attitudes and behaviour, modifying innate human drives – either suppressing them or encouraging them further. Whether we tolerate and trust someone or fear and reject them depends a lot on this culture.

Modern civilisation in general encourages the extension of attitudes such as respect and tolerance beyond those who look similar to us, to those who we have no relation to. We reinforce and codify these values, teaching them to our children, while religious and secular spiritual leaders promote them in their teachings. That’s because they generally lead to a more harmonious, mutually-beneficial society.

The trouble with tribalism

This is exactly what has made us such a cooperative species. But sometimes our cultures can be less progressive. What people around us say and do subconsciously influences the way we think. We soak up this cultural context like a sponge, and it subtly shapes our attitudes and behaviours. If we are surrounded by people that stigmatise those different to themselves, this also encourages distrust or aggression in us.

It presses the buttons of certain deep-seated xenophobic attitudes within us. In fact, it discourages hard-learned inhibitory responses in the brain’s prefrontal cortex that get built up under more progressive contexts.

Movements such as Nazism have openly promoted xenophobia and bigotry. They encourage a strong tribal loyalty to the “in-group” (one’s own group), while stigmatising (and in the case of Nazism, executing) others. Taken too far, a healthy pride in one’s country can easily tip into unhealthy nationalism, where we identify with our own nation at the exclusion of others.

Things seem to be moving in this direction today. Leaders such as US president, Donald Trump, Brazilian president, Jair Bolsonaro and Indian prime minister, Narendra Modi, are more frequently taking centre stage. In the UK, figures such as Nigel Farage, a key architect of Brexit, uses media platforms to promote naive and bigoted views – an example being this tweet about the 2020 coronavirus outbreak: “It really is about time we all said it. China caused this nightmare. Period.”

When the media, and especially people we trust, talk in such a way, it has a profound effect on our receiving minds. It can even shape our beliefs in what we might think are purely rational issues. For example, the belief in whether humans are causing climate change is strongly associated with US political party membership.

This is because we tend to adopt a common position on a topic to signal we are part of a group, just like football fans wear certain colours or have tattoos to show their tribal loyalty. Even strong individuals who stand up to oppressive regimes typically have shared ideals and norms with other members of a resistance movement.

This tribalism can all feel very visceral and natural because, well, in a way, it is. It fires up the primal parts of our brain designed for such responses. Yet, there are other natural attitudes, such as compassion and consideration for others, that can be suppressed in such circumstances. Imbalanced cultures produce imbalanced brains.

This combination of nature and nurture shaping our attitudes and behaviour is apparent in many human characteristics, and unpicking some of these examples can help us see opportunities to steer the process.

Consider the tendency to become overweight in modern society. In premodern times, sugary and fatty foods were rare and valuable for humans. Now, they are everywhere. A biological trait – the craving for sugary or fatty foods – which was adaptive in premodern times, has become detrimental and maladaptive.

Surely our modern cultures can protect us from these innate drives when they are unhealthy for ourselves and society? After all, we effectively suppress violent behaviour in society through the way we bring up children, policing and the prison system.

Instead of acknowledging and protecting us from the innate drive to binge on unhealthy food, however, our modern cultures (in many countries at least) actually exacerbate that particular problem. The result is 2 billion people – over a quarter of the world’s population – overweight or obese, while another 2 billion suffer some kind of micronutrient deficiency.

When we understand how our hardwired urges interact with an unhelpful cultural context, we can begin to design positive interventions. In the case of obesity, this might mean less junk food marketing and altering the composition of manufactured food. We can also change our own behaviour, for example laying down new routines and healthier eating habits.

But what about bigotry and xenophobia? Can’t we simply design the right fixes for them? That may depend on how big the problems we face in future are. For example, growing ecological crises – climate change, pollution and biodiversity loss – may actually lead to more bigoted and xenophobic attitudes.

Cultural psychologist Michele Gelfand has shown how environmental shocks cause societies to become “tighter” – meaning the tendency to be loyal to the “in-group” gets stronger. Such societies are more likely to elect authoritarian leaders and to show prejudice towards outsiders.

This has been observed under past ecological threats such as resource scarcity and disease outbreaks, and under climate change scenarios we expect these threats, in particular extreme weather events and food insecurity, to only get worse. The same goes for the coronavirus pandemic. While many hope such outbreaks can lead to a better world, they could do exactly the opposite.

This enhanced loyalty to our local tribe is a defence mechanism that helped past human groups pull together and overcome hardship. But it is not beneficial in a globalised world, where ecological issues and our economies transcend national boundaries. In response to global issues, becoming bigoted, xenophobic and reducing cooperation with other countries will only make the impacts on own nations worse.

Back in 2001, a United Nations initiative called the Millennium Ecosystem Assessment sought to take stock of global environmental trends and, crucially, to explore how these trends might unfold in future. One of the scenarios was called “Order from Strength” and represented “a regionalised and fragmented world that is concerned with security and protection … Nations see looking after their own interests as the best defence against economic insecurity, and the movement of goods, people, and information is strongly regulated and policed”.