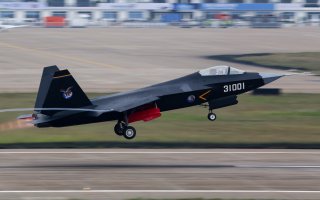 Key Point: These fighters may well rule the twenty-first-century.