You Can’t Modify Your F-35s — Unless You’re Israel 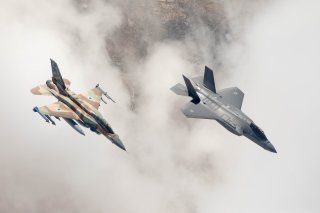