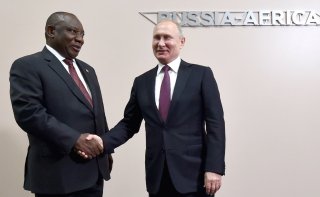 Here's What You Need to Remember: Russia has considerably widened its export lead over the next two biggest players in the African market, France and the United States, over the past two decades.

Mark Episkopos is a national security reporter for the National Interest. This article first appeared earlier in 2021 and is being republished due to reader interest.