Russia Has Plans for a New Fleet Focused on the Arctic 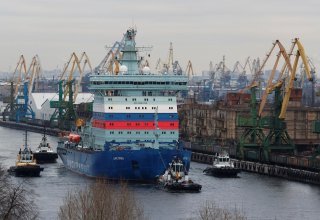 Here's What You Need to Know: A new Russian fleet, exclusively dedicated to guaranteeing the integrity of the Northern Sea Route, could help to streamline the duties of Russia’s other fleets, making for more effective and resource-efficient deployment rotations across the Navy.