Russia Is Scared: America Has A Secret Plan to Attack Kaliningrad (If Necessary) 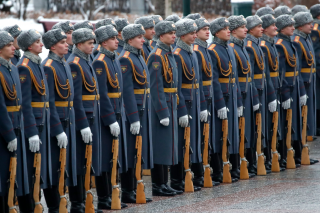 Here's What You Need to Remember: The Russian exclave of Kaliningrad, which lies between Poland and Lithuania on the Baltic Sea and is geographically separate from the rest of Russia, practically bristles with S-300 and S-400 air-defense missiles, Oniks anti-ship missiles and Iskander surface-to-surface missiles.