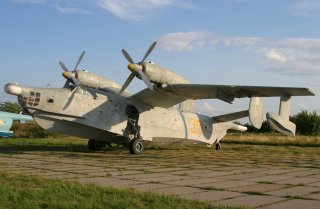 Here's What You Need to Remember: In a curious display of conviviality—especially in light of Moscow’s overt support for Ukrainian separatists fighting on the mainland—the Russians actually returned many of the planes they had captured in Crimea … including venerable Be-12 Yellow 02.