Russia Wants to Track U.S. Navy Submarines in the Arctic 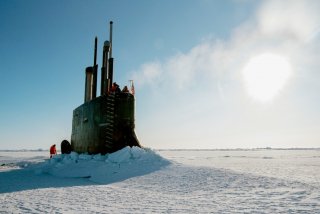 Here's What You Need to Remember: An ability to track and destroy submarines could be vital in vast undersea regions such as the Arctic where undersea platforms can operate more freely, be harder to detect, and access geographical areas surface ships are unable to transit.