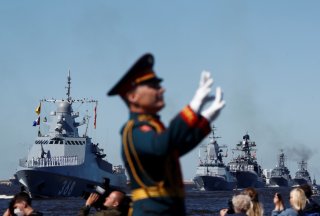 Here's What You Need To Remember: Violent conflict between Beijing and Moscow has been far more the exception than the rule over the last five hundred years of interaction. Let’s not forget that Russia-China relations have been on a steady, upward trajectory now for at least the last three decades.

Lyle J. Goldstein is a research professor in the China Maritime Studies Institute (CMSI) at the United States Naval War College in Newport, RI. In addition to Chinese, he also speaks Russian and he is also an affiliate of the new Russia Maritime Studies Institute (RMSI) at Naval War College. You can reach him at [email protected]. The opinions in his columns are entirely his own and do not reflect the official assessments of the U.S. Navy or any other agency of the U.S. government. This article first appeared last year.