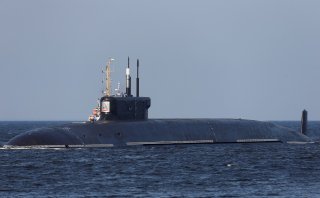 Here's What You Need to Remember: While there is nothing particularly surprising or unusual about these drills, however, it does again raise worries over Russia’s alleged “escalate to de-escalate” strategic nuclear posture, an possible approach that has raised concern in the United States.