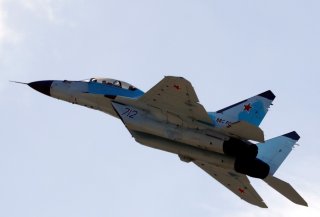 Here's What You Need To Remember: Given the considerable improvements that it inherits from prior variants, it is difficult to see how the MiG-35 revolutionizes Russia’s aircraft roster. It is, however, shaping up to the culmination of decades’ worth of Russian aerospace engineering experience, and Russia’s most capable multi-role fighter to date.