Russia's Long-Range Nukes Could Hit Japan and Even Hawaii 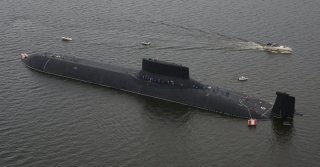 Here's What You Need to Remember: This Russian test firing in the Sea of Okhotsk is clearly within striking range of Japan and, should the submarines travel slightly to the East, Hawaii could be at risk.