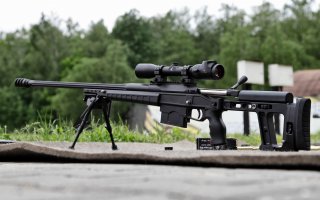 Here's What You Need to Know:The T-5000 comes in a variety of calibers.