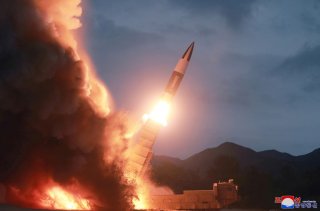 Here’s What You Need to Remember: North Korea’s continued success in growing and expanding its illicit arms trade is perhaps the starkest illustration of a trend that has long drawn the alarm of Korea experts: the international sanctions regime has proven largely toothless, if not counterproductive, as a means of starving DPRK’s military-industrial complex.