Second Navy? China’s Emboldened Coast Guard Is Not Afraid to Use Force 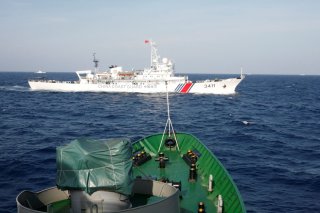 Here's What You Need to Remember: The Chinese People’s Armed Forces Coast Guard Corps (CPAFCGC) is also the world’s largest coast guard and has increasingly been taking on a role of a naval force.