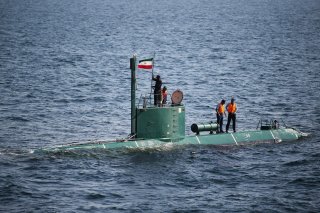 Here's What You Need to Remember: It should probably be unsurprising that naval mines are an attractive alternative to anti-ship missiles and speedboats that could be effectively used in the Gulf in the event of war with the United States.