Secret Weapon: The B-1 Lancer Bomber Could Fly Under Enemy Radars? 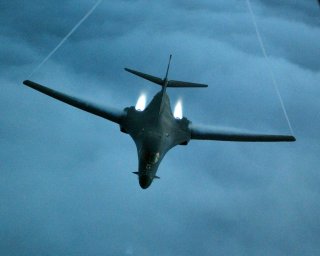 Here's What You Need To Remember: Using its variable-geometry wings, the B-1 can sweep its wings back for high altitude, supersonic flight, or fly low, with wings outstretched while hugging the ground. This was the B-1’s secret weapon.

Caleb Larson is a defense writer for the National Interest. He holds a Master of Public Policy and covers U.S. and Russian security, European defense issues, and German politics and culture. This article appeared earlier this year.