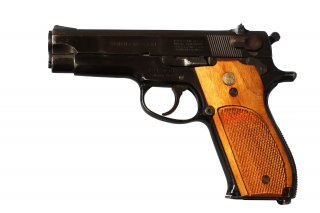 Here's What You Need To Remember: The Odyssey of the Smith & Wesson Model 39/59, from its Germanic origins to the gun shops of America and the jungles of Vietnam, was unique and very much a product of the Cold War. Although out of production and no longer common, Smith & Wesson’s nine-millimeter handgun has earned a noteworthy place in American firearms history.

Kyle Mizokami is a writer based in San Francisco who has appeared in The Diplomat, Foreign Policy, War is Boring and The Daily Beast. In 2009 he co-founded the defense and security blog Japan Security Watch. You can follow him on Twitter: @KyleMizokami. This article first appeared last spring.