Social Security’s Cost of Living Adjustment Not Enough for Seniors 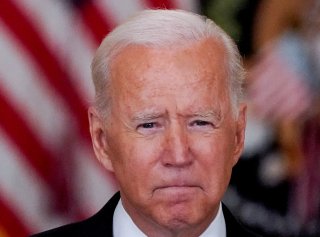 Here's What You Need to Remember: While all Social Security checks have a cash value that is 6.2 percent larger in 2021 than it was in 2020, in theory, this is only because the average good is 6.2 percent more expensive. This appears to match existing data, which indicates a significant price increase across the United States.

If the Senior Citizens League, a senior issues-focused think tank, is correct, the Social Security Administration is slated to pay out the single largest increase to Social Security in the past four decades next year.

The group has estimated next year’s increase to Social Security benefits at 6.2 percent—the highest number since 1982, when benefits were raised by 7.4 percent. From 1975, when the cost-of-living adjustment program was created, until 1982, the year-by-year increases were considerably higher, reaching a maximum of 14.3 percent in 1980.

While the annual increase is sometimes hyped as a raise, it is not one; instead, it is a “cost of living adjustment,” or COLA, based on the Department of Commerce’s Consumer Price Index for Urban Wage Earners and Clerical Workers. Based on data from the first three quarters of 2021, the Commerce Department takes a basket of goods used by most Americans—including various staple foods, as well as other common expenses such as travel and entertainment—and compares their prices from year to year. The average price inflation is measured in the “consumer price index,” or CPI, which is primarily used as a measurement of year-on-year inflation. The CPI informs the Social Security Administration’s annual COLA increase, which normally takes effect in January after it is announced in the second half of the year.

So, while all Social Security checks have a cash value that is 6.2 percent larger in 2021 than it was in 2020, in theory, this is only because the average good is 6.2 percent more expensive. This appears to match existing data, which indicates a significant price increase across the United States. The Department of Labor, for instance, concluded that consumer prices had risen more than 5 percent from their previous levels in 2020.

There are also other costs associated with Social Security payments that help to diminish the extra 6 percent. One of the most significant of these is Medicare Part B, whose monthly premium costs are normally deducted from a person’s Social Security. Observers have noticed that the costs of these premiums have risen considerably faster than COLA increases; for instance, CNBC reported that from 2000 to 2020, the average annual premium increase was 5.9 percent, while the average yearly COLA adjustment was only 2.2 percent.