The SR-71 Blackbird Was Almost Shot Down by Sweden 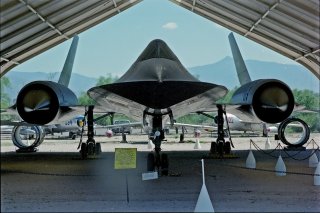 Here's What You Need to Remember: The Swedes’ Saab Viggen fighter once became the closest to ever shooting down the famed Blackbird, even achieving missile lock and visual contact.

“Devising a new plan for intercepting the SR-71s, a frankly terrifying, and unorthodox strategy was devised,” the HotCars report said. “Scrambling from their bases, Viggen fighters would enter a steep climb to reach an altitude just below the SR-71, accelerate to twice the speed of sound, then climb again to fly directly towards the SR-71 in a head-on approach, almost like a game of chicken. While typically intercepts would approach from behind, allowing missiles a better chance to lock on, the Viggen’s Skyflash missile was capable [of] using its radar to lock on from the front, making the head-on attack the Viggen’s only real window for an effective missile lock, as intercepting the Blackbird from behind was an impossible task.”