Still Waiting on That Stimulus Check? This Family Refuses to Give Up 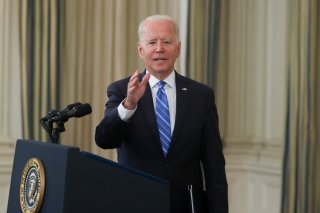 Here's What You Need to Remember: The IRS has simultaneously been tasked with the distribution of stimulus checks, tax returns, and, most recently, the six monthly advance payments of the Child Tax Credit. Because of this division of responsibility, the agency has not finished processing as many as 35 million tax returns from May 2021.

In March 2020, after the first round of stimulus payments were sent out, the IRS was instructed to emphasize quick distribution of checks over accuracy. The IRS did so, sending out millions of payments within the span of a few weeks – but without taking the time to carefully scrutinize the recipients. This lack of caution resulted in thousands of American households receiving stimulus checks for their dead relatives – many of which were subsequently cashed, to the IRS’s dismay.

One year later, the IRS has become more careful, and has set up elaborate processes for verifying one’s identity online and over the phone. Unfortunately, the process has now been reversed; some families that urgently need cash assistance are unable to claim it.

One Illinois family has been attempting to contact the IRS for weeks – so far without success. The daughter of Florence Cook, of Carol Stream, shared the story with her local CBS station.

Last fall, Cook’s husband, Ron, passed away. Before his passing, the IRS had told the family that he would receive a stimulus check – but, following his death, no check was delivered. The Cook family attempted to contact the IRS to ascertain the status of the check.

In May, Cook received a letter from the IRS, instructing her to verify her identity to advance to the next step. The IRS indicated that she should do this by giving them her mobile phone number. However, Cook does not have a mobile phone.

For Americans without mobile phones, the IRS included an additional set of instructions: the tax agency instructed them to call its help number, (800) 830 5084. The family has been repeatedly and unsuccessfully been calling this number, at all hours of the day, for weeks.

The Cook family’s story is not unique. Thousands of Americans have found the IRS inaccessible when needed, and the family expressed indignation that the IRS procedure for people without a cell phone – something that many senior citizens like Cook do not have – is so difficult to complete. The family also described the experience of being unable to complete the process as frustrating, noting that the IRS had not set up a mailbox or a fax number for issues.

The tax collection agency has been exceptionally busy throughout the coronavirus pandemic. The IRS has simultaneously been tasked with the distribution of stimulus checks, tax returns, and, most recently, the six monthly advance payments of the Child Tax Credit. Because of this division of responsibility, the agency has not finished processing as many as 35 million tax returns from May 2021.