Surprise: The SR-71’s Mach 5 Successor Could Already be Flying 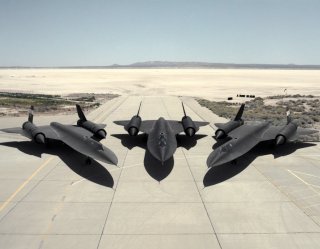 Here's What You Need To Remember: Although not much is known about the Blackbird successor, Lockheed Martin press releases indicate that the airframe would use elements of both a scramjet and turbine engine to achieve Mach 5+ speeds.