This Swedish Jet Was More Advanced Than You'd Think 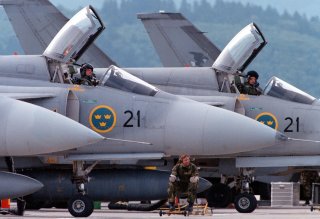 Key point: Most NATO air forces would only get a similar attack/terrain-following radar to the one the Viggen had in 1979 with the Panavia Tornado. In a theoretical conflict Viggen squadrons would likely have inflicted casualties on Soviet battle groups attempting to pass into the Atlantic north of Sweden, or in the Baltic Sea to the south.