For Syria and Beyond: How Iran Built Its Own TOW Anti-Tank Missile 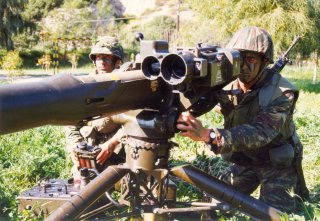 Here's What You Need to Know: Iran excels at replicating foreign tech, especially for platforms that Iran would otherwise struggle to produce domestically—like high-end tanks and airframes. The TOW/Toophan is no exception, though in this case, Iran’s manufacturing base seems to have found a winning formula and created something that may in some ways be better than the original.