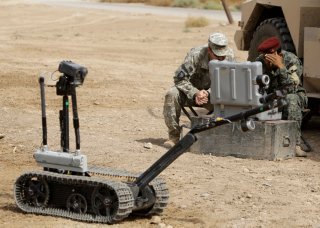 Here’s What You Need to Remember: The Ripsaw M5 is an unmanned, multi-mission Robotic Combat Vehicle (RCV).

This article first appeared in December 2020 and is being reprinted due to reader interest.