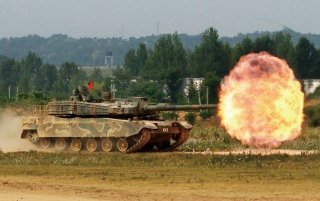 Here's What You Need To Remember: Though expensive, the K2 Black Panther is technologically sophisticated and unique. Its suspension and water crossing ability is optimal for Korea’s hilly and swampy conditions — and combined with top-attack munitions, the K2 would be a hard nut to crack.