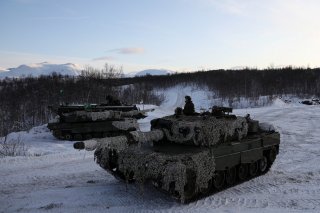 Key Point: Russia's development of an alternative navigation system could be crucial for the future of the Arctic.

Mark Episkopos is a frequent contributor to The National Interest and serves as a research assistant at the Center for the National Interest. Mark is also a Ph.D. student in History at American University. This article first appeared in 2018 and is reprinted here due to reader interest.