These Are the Three Fastest Planes That Have Ever Flown 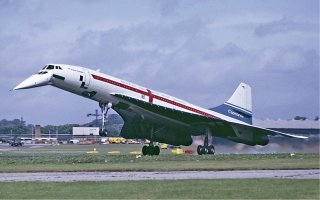 Know This: these three planes represent some of the fastest birds to have ever flown.

One of the early jet fighters that can be counted among the fastest jets ever designed was the MiG-25. The Soviet Mikoyan-Gurevich airframe made extensive use of stainless steel, as a typical aluminum airframe would not have been able to cope with the stresses at the high speeds the MiG-25 was intended for. The airframe’s more robust steel construction came at a cost, however. The MiG-25 was a beast of a plane and tipped the scales at about 64,000 pounds—without fuel or a full weapons loadout—adversely affecting flight performance.

The heavy airplane was intended to be the Soviet Union’s premier interceptor, and although it could achieve Mach 2.8 speeds, Soviet pilots were advised to not fly over Mach 2.5 in order to extend engine life. Still, one Mig-25 was tracked at Mach 3.2 over the Sinai Peninsula. The record flight came at a cost, however. After the flight, the airframe’s engines had to be written off.