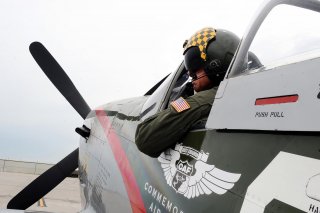 Forty-eight years ago, Dan Hagedorn was serving in the U.S. military at Fort Kobbe, Panama, when he learned that El Salvador had suddenly gone to war with Honduras. He soon witnessed Salvadoran students hurriedly boarding a plane home. In the new book The 100 Hour War: The Conflict Between Honduras and El Salvador in July 1969, co-written with aviation historian Mario Overall, they revisit the conflict with a fascinating eye on the war’s aerial battles.

Commonly known as the “Soccer War,” Hagedorn and Overall describe why the name is a misnomer. El Salvador invaded after a series of soccer matches between the national teams escalated into riots, but the games occurred after the Salvadoran government began planning for war. The matches were also on the surface of deeper tensions brought by the presence of Salvadoran migrant workers in Honduras — lured by the United Fruit Company and pushed out of El Salvador by wealthy right-wing landowners who feared a communist rebellion.

As Honduras began implementing land reforms, the government — supported by Honduran landowners — turned on the migrants and began expelling them. This in turn fueled anti-Honduran sentiment in El Salvador, along with fears among the country’s landowners that the migrants would return and pose a threat to their privileged positions. These elites then pushed the government to invade.

The 100 Hour War details what followed, and the book may be the most comprehensive account of the strange and interesting aerial side of the conflict, featuring numerous photos from the era and illustrations by journalist Tom Cooper. The war was the last time piston-engine planes dueled with live ammunition and intent to kill — as both sides flew American-made aircraft dating to World War II.

The Salvadoran military was seduced by Israel’s stunning victory in the Six-Day War in 1967, influencing military officers to believe they could succeed in a surprise attack against the Hondurans. The Israeli offensive “captured the Salvadoran officers’ imagination and they didn’t hesitate in incorporating many elements inspired by that campaign into their own invasion plan,” Overall and Hagedorn write. Quoting historian Thomas P. Anderson, they add that “the Salvadorans perceived themselves as ‘the Israelis of Central America,’ ambitious, technical-minded people, surrounded by ‘lazy Arabs,’ that is, their Central American neighbors.”

El Salvador’s army was prepared, its air force wasn’t. The Salvadoran army embarked on a rapid modernization program, stockpiling weapons and ammunition acquired from the United States and — unlike the Hondurans — possessed an armored force of M3A1 Stuart light tanks along with trucks upgraded with armored plates and machine guns. However, El Salvador’s officer corps was dominated by the infantry, who neglected the air force, and its small fleet of F-G1D Corsairs, F-51 Mustang IIs, C-47 Transports and civilian Cessnas — used as bombers — lacked experienced pilots and spare parts.

In the opening aerial “blitz” of the war, many Salvadoran planes got lost, missed their targets or struck random villages — causing little damage. Nevertheless, the attacks came as a shock to the Hondurans.

The Honduran army wasn’t prepared, its air force was. Honduras had an infantry-dominated officer corps as well, but the well-planned Salvadoran ground offensive caught the army off guard. Shortages of ammunition were a constant problem. Honduras’ air force performed spectacularly, however, due to the role of air chief Col. Enrique Soto Cano, who had skillfully fought the defense ministry for parts and money — which meant more cockpit time. When the army retreated, the air force was in a position to strike back. Its inventory included F4U-5N and F4U-4 Corsairs, C-47 and C-54 transports, Cessnas, and T-28A Trojan and AT-6 Texan armed trainers

Overall and Hagedorn note the war was the last time piston-engine fighter planes fought each other in air-to-air combat. While there were numerous clashes and pursuits, the most notable were three shootdowns — two Salvadoran Corsairs and one Mustang — by Honduran Maj. Fernando Soto Henriquez in his Corsair in two separate engagements on the same day. This was the end of the Salvadorans’ aspirations to gain air superiority and was utterly demoralizing. Later that day, a Salvadoran pilot was shot down by friendly anti-aircraft fire and was nearly lynched by locals who mistook him for a Honduran.

Night navigation was scary in these 1940s-vintage planes. There were few lights at night in the region in 1969, and the night dimmed further as the cities went dark given the threat of air attacks. A Honduran C-47 equipped with bombs relied entirely on time and distance calculations to reach El Salvador’s main airport. The night “was a pitch black that few not native to the area could appreciate,” Hagedorn and Overall write. The crew tossed the bombs from the airplane into the darkness and heard them explode, but it’s unknown what effect — if any — they caused, or if they were even close to the airport.

Rogue U.S. military officers helped plan the Salvadoran invasion. The U.S. military armed El Salvador’s military but didn’t authorize the U.S. Army MilGroup’s daily meetings “with the officers of the Salvadoran high command in order to assist them with the planning of combat operations against Honduras,” Overall and Hagerdorn write. One of the officers was nearly court martialed, but was allowed to retire on the grounds that a trial would invite unwanted attention. The invasion caught the United States by surprise — owing to good planning on the part of the Salvadoran military — and Washington pulled its military support in response. America’s aid was contingent on fighting communists, not a non-communist neighbor.

Archie Baldocchi, an American pilot and aircraft restorer who lived in El Salvador, “was appointed as extraordinary assistant to the [Salvadoran air force] Commander, and in such capacity, he oversaw the modifications of the civilian airplanes, including his own Mustang, which had to be ‘re-militarized,'” the authors write. The plane survived the war and later returned to the United States.

As the fighting continued, Baldocchi helped arrange a flight of spare aircraft parts for P-51D Mustangs — seven of which were en route from the United States — via his friends in the CAF, a non-profit group of aviation restorers and hobbyists based in Texas. The supply run involved an L-749 Constellation taking off from Fort Lauderdale and making a meandering run over the Caribbean to “avoid detection by U.S. authorities.”

El Salvador hired mercenaries including Canadian fighter ace Bob Love and American aerobatic pilots Chuck Lyford and Ben Hall to fly Mustangs in combat. “According to Lyford’s own account, their arrival and incorporation into the Salvadoran Air Force was treated with the utmost secrecy,” the authors write. The Salvadorans immediately promoted them to the rank of captains and handed them fake IDs with a promise of $2,500 for every Honduran plane they could bag. Love had combat experience and confirmed kills from Korea, the other two had neither.

The merc operation was a failure. During the North American pilots’ first mission, Salvadoran ground troops fired at them, forcing the fliers to take evasive maneuvers. The mercs then strafed a friendly Salvadoran truck carrying drinking water, “blowing it to pieces,” the authors note. They spent the remaining hours of the war on patrol and flying high-risk maneuvers, seemingly for sport, causing one less-experienced Salvadoran wingman to fly his plane into a high-tension line. The plane survived and made it home, minus its canopy.

No side won, but the air force helped Honduras not lose it. Close air-support missions flown by Honduran Corsair pilots inflicted a heavy toll on Salvadoran ground troops, whose advance stalled. As international pressure for a cease fire began bearing down on the region, the Salvadorans pulled back. After the war, Salvadorans turned on the military, blaming it for a national humiliation. In Honduras, despite the army’s poor performance, the public treated the war as a victory — and the government later declared Maj. Fernando Soto Henriquez a national hero.