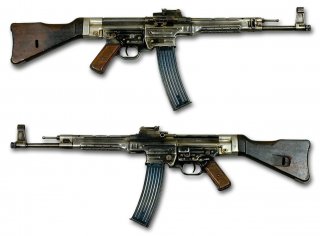 Here’s What You Need to Remember: The U.S. M1918 Browning Automatic Rifle, British Bren Gun, Vickers-Berthier Light Machine Gun, and German FG42 and StG44 paved the way for the development of squad automatic weapons, and even to the modern assault rifle.

During World War II, that concept evolved and led to the development of squad automatic weapons, and even to the modern assault rifle.