Top Gun Follies: Here Are the Top 5 Most Bizarre Aerial Shoot-Downs in History 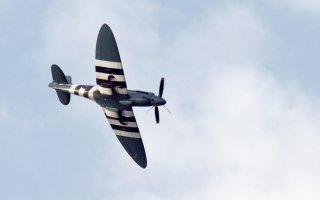 Here's What You Need To Remember: These incidents aren't as well known.

During skirmishes in the Middle East in 1948, the armed forces of Israel, Egypt, and Great Britain all used pretty much the same models of Spitfire fighters, leading to fatal confusion.