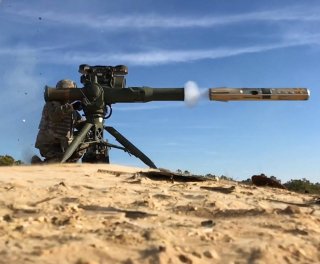 Key Point: The BGM-71 TOW ("Tube-launched, Optically tracked, Wire-guided) anti-tank missile will remain in the U.S. Army's anti-tank arsenal through the mid-2030s. That is impressive given that the weapon system was first developed in the 1960s and has been in service since 1970.

The first generation of the TOW was used to bust North Vietnamese tanks in 1972—the first time ever that American troops fired an American-made missile under wartime conditions. Since then it has been the staple anti-tank guided missile on dozens of different vehicle platforms including the M2/M3 Bradley, COBRA helicopters and the USMC's LAV-AT. It has been deployed to more than twenty international armed forces and has remained the preferred heavy assault anti-tank weapon system for NATO, coalition, United Nations, and peacekeeping forces around the globe.